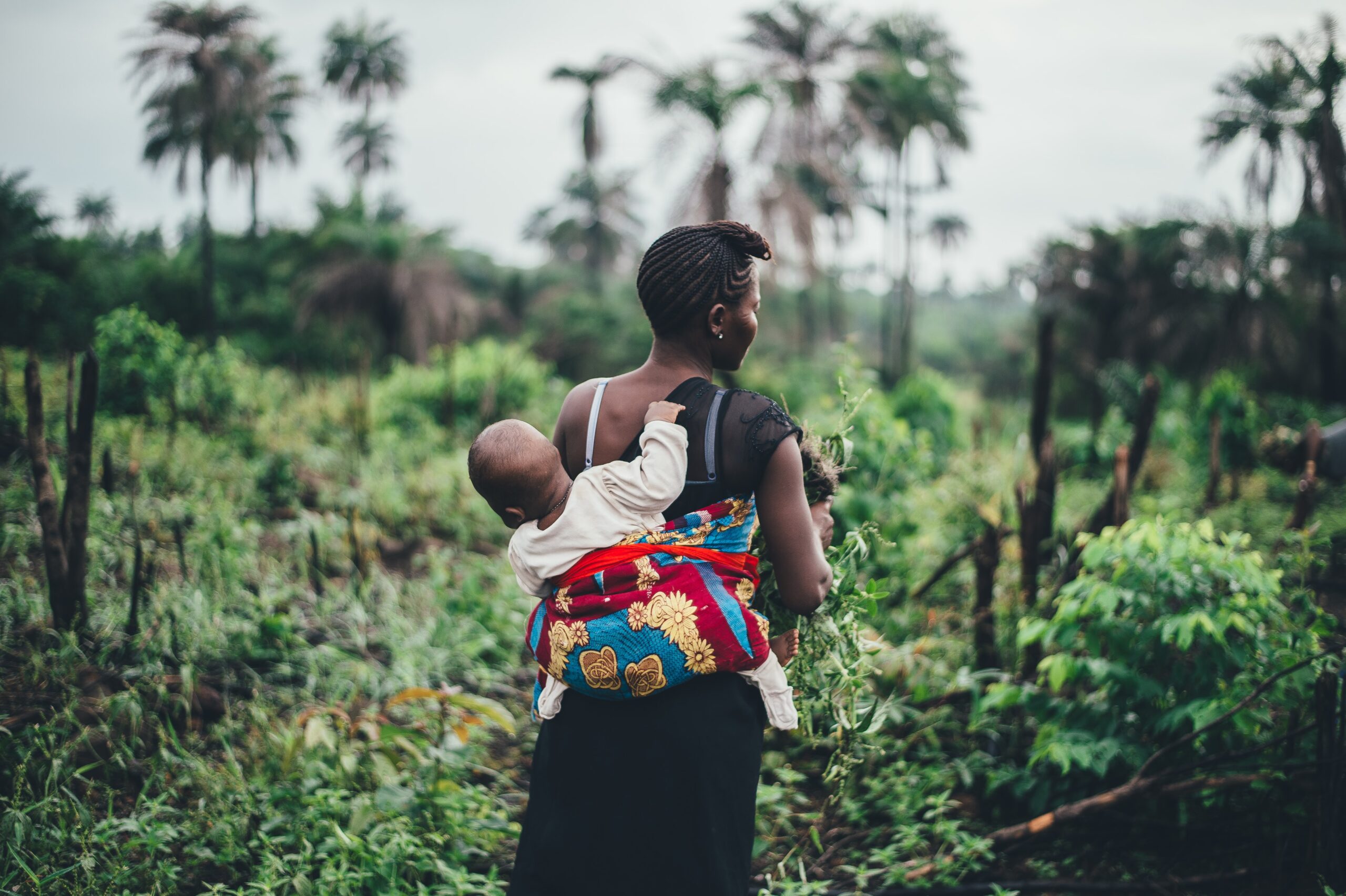 Photo by Annie Spratt on Unsplash

We are delighted to present this year’s first double issue of Gender & Development from the global South themed A gender-responsive recovery: Ensuring women’s decent work and transforming care provision. Collectively edited and shaped by a team of reputed feminist scholars and activists: Fatimah Kelleher, Jayati Ghosh and Valeria Esquivel, this issue is committed towards investigating the gendered implications of the COVID-19 crisis, and offering policy insights towards a gender responsive recovery.

The pandemic and associated lockdowns caused wide scale economic devastation with severe gendered implications for women from socio-economically marginalised groups such as BIPOC and Dalit women working in the informal economy. According to the UN Women 2021 report Beyond COVID-19: A feminist plan for sustainability and social justice, “globally, in 2019 and 2020, women lost 54 million jobs. There was a sharp decline in informal workers’ earnings with women experiencing a greater loss of their earnings before the pandemic and not being able to recover these at the same pace as men”.

Coupled with economic losses, the burden of unpaid care and domestic work was borne disproportionately by women, particularly BIPOC and Dalit women, migrant women, older women and women with disability, who were involved in informal and precarious work such as domestic work, street vending, waste work and sanitation work, frontline health work, as well as unpaid carers within households and communities. Along with this, the glaring lack of public services, insufficient social protection measures, lack of gender and care sensitive recovery measures and massive gaps in care infrastructure due to lack of political will and austerity measures by governments; deepened vulnerabilities. This was a sad irony, given the indispensability of care work that was highlighted during this unprecedented health crisis. As the United Nations Development Programme (UNDP) and UN Women COVID-19 Global Gender Response Tracker shows, “among 1700 social protection and labour market measures taken in response to the crisis, only 13 per cent targeted women’s economic security and only 11 per cent provided support for rising unpaid care demands”. Overall, more than 85 per cent of measures were gender unaware (24, 34).

The contributors of this Special Issue draw from case studies from urban and rural contexts across a wide range of countries in the global South, including Bangladesh, Colombia, Ecuador, Ghana, India, Indonesia, Kenya, Laos, Myanmar, Pacific Islands, Palestine, Serbia, South Africa, South Korea, Turkey and Zimbabwe, to bring together an intersectional understanding of the varied experiences of women involved in precarious, poorly paid or unpaid care work during and in the immediate aftermath of the devastating global pandemic. The issue also weaves together the experiences of collective organisings and community efforts towards providing care and support to the most marginalised groups, while also demanding that care work be valued, recognised, and remunerated, thus shaping care sensitive and gender responsive recovery policies. It also pushes readers, scholars and practitioners to go beyond the simplistic and unquestioned understanding the Women Economic Empowerment (WEE) models, and unpack some of its contestations, contradictions and nuances.

The specifically gendered nature of this health and economic crisis is given special attention in this Issue. Contributions by Swati Narayan, and Ghida Ismail, Marcela Valdivia and Sarah Orleans Reed centre the further decline in women’s labour force participation in the global South, particularly those belonging to marginalised groups, both due to the pandemic as well as the mounting care burden. Implications of shrinking household incomes resulted in food insecurity, rising debts, deteriorating health conditions and further precariatisation as highlighted by Asanda Ngoasheng in her case study in Ntabankulu, Alfred Nzo District Municipality in Eastern Cape. Francisco Bolaños Cámbara based on a survey with Lao migrant women returning from Thailand, shows that as a result of increased unemployment and fewer hours of work among those still working, women migrants in informal employment lost on average, almost 80 per cent of their monthly incomes. Older women, single women and women living with disability bore the maximum economic and health implications, as did Dalit and Black women as explained in the articles by Baishali Chatterjee , Luciana Cafarelli and Anupama Ranawana; and Adenike Fapohunda. Intersectional nuances characterising care work are further explored in this issue. Adenike Fapohunda, and Monika Banerjee and Prama Mukhopadhyay, and Pritika Pariyar, Beena Pallical and Juno Varghese in their articles unpack the racialised, casteist, often stigmatised nature of intimate care work that is often lost in the larger policy narratives, and demand that these be given adequate and meaningful space in policy and legal discourse.

The roles, responsibilities and failures of state provision of care

The diminishing role of public care service provision and cuts in public expenditure like health and education affected marginalised women and girls the most during the pandemic. The articles in this issue reiterate the crucial importance of these services in ensuring women’s workforce participation. With the closure of schools and child care centres, women’s care burden increased significantly. The relationship between local care services and women’s participation in the paid economy was examined by Mónica Orozco, Javier Franco, Melanie Marchant and Rodrigo Valdivia in their article based in Mexico and Colombia. However, the continuing withdrawal of the state from providing public services reveals massive gaps in the care infrastructure that then, the labour and bodies of marginalised women have to step in to fill. Hyunok Lee and Hyunjin Im in their article based in South Korea also bring home the point that women’s volunteer groups are effectively stepping in to fill the gaps of public service provision. Bhumika Muchhala and Andrea Guillem examine the gendered implications of fiscal austerity measures in Ecuador, particularly reductions in spending for public services recommended in the IMF loan framework. They discuss the ‘embodied debt’ that the state and international financial institutions owe to poor, marginalised women, who in effect, subsidise and perform the state’s role of providing health services and care within the home and outside.

The lack of state support heightened precarity in conflict contexts and made economic and social recovery even more challenging. Asmaa AbuMezied and Mohammed Sawafta highlight how the Palestinian government failed to provide any social protection, job support, or cash transfers at the height of the COVID-19 crisis. Thus, articles in this Issue bring forth gaps in the state provision of care, but at the same time also identify existing gender and care sensitive policy measures.

Sofia Strid, Colette Schrodi and Roberto Cibin in their article, provide a gendered analyses of policies in 27 countries in the European Union and Turkey, to identify policies that could provide gender sensitive policy pathways. Deepta Chopra and Meenakshi Krishna map state policy responses in 59 countries of Asia and Pacific with regard to care work during the pandemic, to find that less than one third of the policies were care sensitive. They propose the Care Policy Scorecard “to track and measure government progress against key policy areas on care across different countries and socio-economic contexts.” Lucía Pérez Fragoso analyses fiscal policies in Latin America, pointing to how these are shaped by the different economic and social policy contexts, and the ways in which they can support care policies. Saakshi Joshi, Sanghamitra Roy, Seama Mowri and Ajay Bailey, highlight the need to institutionalise gender responsive transportation policy and planning based on gender disaggregated data and inclusion of women’s voices that are often lost or unheard. The theme across the articles push for a gender and care sensitive policy efforts across regions and sectors.

Most of the contributions in this special issue highlight the value of collective and community-oriented approaches to care and economic recovery. Monika Banerjee and Prama Mukhopadhyay share the vital role of long standing community based interventions during the pandemic, through a discussion of a women’s Self Help Group – SEWA Sangini Cooperative – in Gujarat in western India, where women’s collectives offered care support during the lockdown when educational and care institutions had shut down. In the same vein and in support for strong community-based interventions during the crisis, Swati Narayan discussed a case study of India’s employment generation programmes like the National Rural Employment Guarantee Act (NREGA) and a women led self-help community project Kudumbashree in the southern state of Kerala which provided immeasurable economic and care support to women and pushed to increase budgetary allocations for such programmes. Ghida Ismail, Marcela Valdivia and Sarah Orleans Reed’s multi city study, and Isabelle Gurney’s study of empowering practices in the Pacific Islands, further reiterated the role of communities in providing food relief, loans, vital information as well as emotional support during the crisis. Hyunok Lee and Hyunjin Im also discuss the critical and often undervalued and unacknowledged role of women in a government-funded neighbourhood community building project (maeulmandeulgi) in South Korea. The crucial need to recognise care work and demand decent working conditions through unionising was put forward by Sharmishtha Nanda, Ruth Oloo, Amber Parkes and Anam Parvez Butt, and Monika Banerjee and Prama Mukhopadhyay. Overall, the Issue recognised the critical role of community-based efforts in offering income and health relief to marginalised groups.

Towards a gender-responsive recovery

As pointed by the contributors in this issue, the need for a deeper and more structural gendered analysis of existing social and economic policies are important not only to ensure that care work is recognised, valued and adequately remunerated, but also to question and challenge unequal gender norms that lie entrenched within legal and policy understanding of care. Apart from this, representing voices of marginalised women who bear the disportionate burden of providing care, and engaging meaningfully with groups and collectives who represent the interests of marginalised groups is critical. These could help pave the way for more gender transformative care policies and push the state to invest in the care economy.

This double issue highlights that the work and bodily labour, both formal and informal, and within paid and unpaid care performed by marginalised women- has powered local, regional, national and global economies- and this reality was brought into sharp relief during the global pandemic.  Despite this, the lack of gender and care sensitive policies and recovery measures shows how little priority and recognition is afforded to care as work. This issue hopes to be part of the ongoing massive feminist efforts to demand policy and legal attention to care work.

We hope that this issue on a critical topic will constitute a valuable resource for scholars, academics and gender justice activists.

This special double issue was put together by: Guest editors Fatimah Kelleher, Jayati Ghosh and Valeria Esquivel, and co-edited by: Shivani Satija, Nilanjana Bhowmick and Ammar A. Malik.