Gender & Development, co-published by Oxfam and Routledge/Taylor & Francis, has been a steadfast source of essential readings in the field of development for the past 25 years. It foregrounds the experience of development practitioners, many from the global South, who have valuable experiences to share but who may face barriers to publishing in conventional journals. Since its founding in 1993, the journal has critically explored a range of cross-cutting issues in the areas of gender and development. It is a trailblazer in establishing inclusive and decolonialist approaches to knowledge creation and management in the wider international humanitarian and development sectors.

From 1st January 2022, a consortium of Oxfam affiliates in the global South will be hosting Gender & Development. Together, Oxfams Brazil, Colombia, India, KEDV (Turkey), Mexico and South Africa will take over from Oxfam Great Britain, which has provided the editorial home for the journal since its founding more than 25 years ago. This consortium will continue to maintain the journal’s editorial independence and strongly position Gender & Development as a journal that gives voice to the work of gender and development practitioners, policy makers, researchers, and feminist and grassroots activists and their organisations from around the globe.

About Our Core Editorial Team 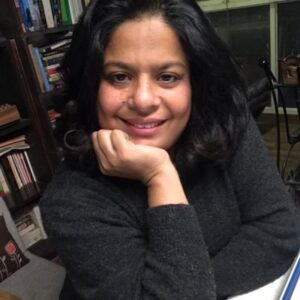 Nilanjana is a multi award winning journalist, editor, writing coach, media mentor and strategist, and a gender, equality and safe workplaces advocate, whose writing focuses on gender through the intersectional lens and has appeared in some of the world’s top publications such as TIME, the Washington Post, the Guardian, National Geographic Magazine, New Internationalist, Al Jazeera, BBC World Service, Voice of America News and so on. She has worked as a correspondent with TIME magazine and BBC World Service and her work on gender has been awarded by the European Commission and the Institute of Development Studies (IDS) in the UK. She was featured by the National Geographic Magazine in their iconic 2019 Women of Impact issue and is the author of a soon–to–be–published book ‘The Lies Our Mothers Told Us’ that examines gender inequalities inside India’s middle-class homes. 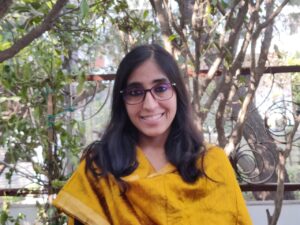 Shivani is a feminist researcher working on gender-based violence,  caste, labour, livelihoods, vulnerability and resistance and digital discourse around bodies and experiences.  Her research is published in Indian and international peer reviewed journals.  Her educational qualifications include a PhD in Women’s Studies from Tata Institute of Social Sciences, Mumbai; M.Sc in Violence, Conflict and Development from SOAS, University of London; and MA in International Relations from JNU, New Delhi.

Write for the journal

Contributions are welcome from all involved in development initiatives: policy-makers and practitioners, researchers both inside and outside academia and feminist activists.

Gender & Development is published three times a year, in March, July and November. Articles blend clear accessible style with rigour and referencing, to be useful to the widest possible readership. For more details see our guidelines below.

As the journal is thematic, all articles are fully commissioned through Calls for Contributions.

SEND YOUR SUBMISSIONS BEFORE THE CALL CLOSES ON MARCH 10, 2022

Gender & Development is published for Oxfam by Routledge/Taylor & Francis.

For details about subscribing to the journal, please visit the Taylor & Francis website. For those who cannot afford to subscribe, individual articles from the journal are available free of charge in line with the journal’s aims as a development project, by arrangement with the publishers.

A Special Rate of £40 / US$70 is available to any subscriber with an address in a low or middle income country. Visit the website for information on how to access this rate.

All subscription rates for Gender & Development, except the Institutional Online rate, include both print and online access. Online access is to the current volume and full journal archive.

For more information about how to subscribe, and to read a sample copy, visit the Routledge/Taylor & Francis website.

Selected issues of the journal from past years are available as e-books and books, published by Practical Action Publishing as the ‘Working in Gender & Development’ series. Details can be found on Practical Action’s website.