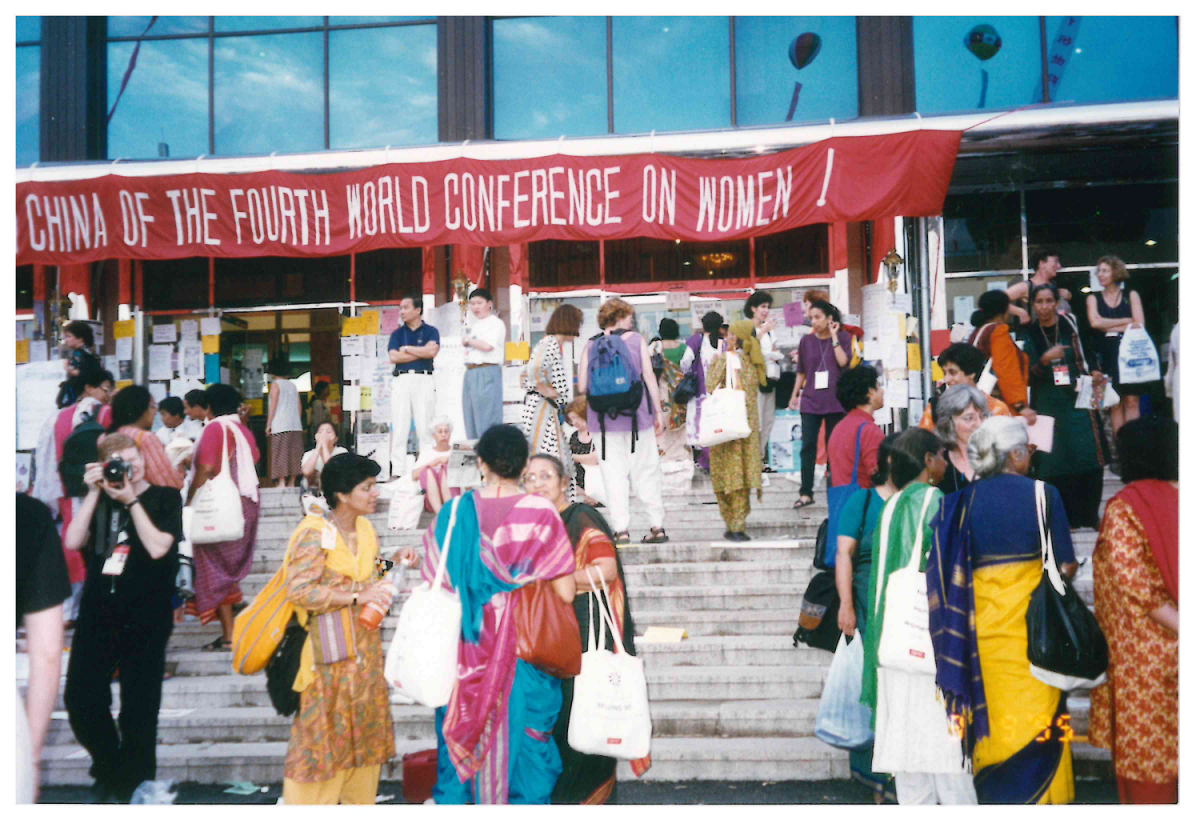 THIS CALL IS NOW CLOSED. 2020’s the twenty-fifth anniversary of the UN Fourth World Conference on Women held in Beijing in 1995 – a landmark moment for women’s rights and gender equality. A quarter of a century later, we’ll publish an issue marking this important milestone. What would a 2020 Beijing + 25 Platform for Action include? What challenges face new generations of feminists in the struggle for equality and rights, and what lessons can we take from the past 25 years?

The Beijing Platform for Action, signed by 189 governments, articulated a commitment to human development centred on women’s advancement and the realisation of gender equality worldwide.  It seemed that the battle had been won, and  ‘gender’  was widely accepted as a legitimate focus for governments and global governance and financial institutions.

In the years since, women’s movements have worked with governments to institutionalise commitments made at Beijing. The ‘gender mainstreaming’ agenda across public policy included establishing gender equality ministries and ‘national women’s machineries’, raising resources to support women’s rights, and supporting gender quotas in politics.  At the UN, regular reviews of progress since Beijing tracked progress.

But challenges to implementing the Platform for Action appeared swiftly.  The 2000 – 2015 Millennium Development Goals, with only one target for adult women (addressing maternal mortality), quickly eclipsed implementation of the Platform for Action.  And a right-wing backlash, objecting to the notion that ‘gender’ is a social construct, not a natural phenomenon, gathered momentum.

Anxieties about the growing influence of this backlash contributed to the UN’s decision not to hold a 20-year follow-on conference in 2015. Now, in 2020, a host of events aims to review and update the agenda for gender equality and women’s rights. These include deliberations at the 2020 UN Commission on the Status of Women in March, a major civil society conference convened by the UN in Paris in July, and a high-level review by the UN General Assembly in September.

However, 2020 won’t see a globally-endorsed agenda for gender equality equivalent to what was produced in Beijing, in part because of the remarkable spread of opposition to women’s rights, and the resurgent support for traditional families, a binary understanding of gender identity, and support for male authoritarianism in private and public.  We think it’s essential to recognise these factors as important for the future of feminism, and consider the implications of de-linking a global reflection on women’s rights from multilateral decision-making.

We invite feminist activists in research, policy and practice to take stock at this milestone moment. See the Call for Contributions we’re posting for this issue – where we’ve suggested some topics we’d love to include, and invite you to suggest others. Consider if you’d like to suggest contributing an article (or suggest an individual or organisation who you think should!).

Guest Editor for this issue is Lina Abou Habib of Women’s Learning Partnership. Closing date for ideas to reach us (email: csweetman@oxfam.org.uk) is 15th August 2019.