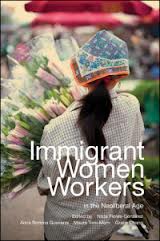 The ‘feminisation of migration’ is a term widely used by diverse and various groups. Rarely is this term clearly defined, and it is often used as a synonym for the subjugation and exploitation of women migrants. The association between the woman migrant and woman as victim is so strong that some states have implemented policies to prevent women’s international mobility to ‘protect’ them from risk, as evidenced by a ban imposed by the Nepalese government (first in 1998 and then again in 2012) on the movement of women under 30 years of age wanting to migrate to Gulf countries for work. Similarly, the government of Bangladesh restricted women’s international mobility for work until 2007. In line with this view is the strong assumption that women become migrants out of need and not out of choice.

However, as feminist scholars have pointed out, the discussion has become reductive and has made invisible any other narrative of women’s migration experiences.1 This book is a response to this, presenting an alternative portrayal of ‘feminisation of migration’, and is a valuable addition to a growing body of literature that critically examines the experiences of women migrants in the informal economy, and attempts to tell a multifaceted story located at the intersection of gender, class, race, ethnicity, labour-market participation, and neoliberalism. The strength of the book lies in the mix of voices presented and the diverse perspectives they represent. This book is a collaboration between academics, activists, non-government organisation workers, and the research participants themselves.

What sets this collection of papers apart from other works on immigrant worker women is that in these narratives the women’s trials and their triumphs are highlighted.These women are not passive victims in their narratives. Their agency is apparent, and presented clearly to the reader.  Emerging from this book are two main themes that make it a valuable addition to the literature on gender, migration, and labour. First, through its exploration of women in the informal economy, the book successfully problematises the private–public and home–work separation. The complexities uncovered in the lives of these women reveal that there is, in fact, much less of a binary division and much more of an overlap between these categories. Secondly, this book reveals the informed and active participation of these women in all their decisions.

The book begins with a critique of the neoliberal state, peeling back the moral rhetoric attached to federal immigration and trafficking policies. Taking a few steps down the governance ladder, to city level, it also highlights the rationale of the New York street vendor system (in which some of these migrant women participate) which simultaneously supports and contradicts the neoliberal ideology underpinning the political, social, and economic landscape of the USA. The focus of these discussions is the link between neoliberalism and the (relatively) informal economy. Neoliberalism and its attendant complexities are set out in these introductory chapters. The next section of the book presents the gendered experiences of Asian women (South Asian, Nepalese, and Chinese) who work within the informal economies of ethnic enclaves within US towns and cities. Each example reveals the complex patriarchal and gendered systems within which these women live their lives. An occasional glimpse into the lives of men is also provided here, showing that they, too, must operate within the same systems.

The third section of the book shifts the focus from ethnic enclaves to the diverse labour-market experiences of women working in the informal economy, as Latina street vendors, certified nursing assistants, and Mexican live-out elder-care providers. The discussion in Chapters Seven to Ten questions the strict division between public and private sphere gendered responsibilities. For instance, Latina women day street vendors, who are unable to access child care due to financial or social constraints, have the flexibility to supervise their children by taking them to work. Child care, which is usually associated with supervision within private spaces, is extended into public spaces as women sell their food and wares (Chapter Seven). Day street vending, therefore, offers a viable choice for women who need to work, while continuing their traditional, gendered responsibility of child care, safely in public spaces. The second key discussion in these chapters, in particular in relation to care work, reveals that the ‘informal’ nature and the setting of work produces different and non-traditional ways of ‘doing’ family. Care workers continually negotiate the changing nature of relations and care responsibilities of their clients, their clients’ families, and their own families.

The fourth and final section of the book looks at grassroots organising and resistance. Throughout the preceding sections, there is intermittent discussion of the political activism and agency of the women as they fight for their rights within the community and with government agencies. This section foregrounds this activism, and shows how women organise themselves to improve their social and political standing. In doing so, they bring about social changes in their communities and the wider society.

This book will appeal to a wide range of readers, including those who are new to the topic. The writing style and language are accessible, meaning the book will be of interest to a broad, rather than a solely academic or specialist audience. The analysis is in-depth without being verbose.

Where the book falls short, in my opinion, is firstly in the lack of a concluding chapter. The book starts with a foreword, and an introduction. It ends with an afterword but no conclusion. For me, the lack of any discussion pulling together this large and impressive volume leaves the book incomplete. Secondly, overall the book’s contents constitute a multi-faceted and rich debate, however, I feel that there is a ‘forced’ linkage in every chapter to a broader discourse of victimhood. Despite these migrant women’s evident agency, each chapter seems to present the women as, ultimately, victims of neo-liberal economic policies both in their‘home’and‘host’societies. For me, in their commitment to the wider cause of social justice, the editors and contributors place too much emphasis on structural constraint, rather than individual agency, and in doing so, do a disservice to the women migrants whose experiences are related in the book. That said, I am in agreement with the authors of the foreword and afterword, in finding this an impressive collection, and an excellent model of researcher/activist collaboration.

Kofman, Eleonore (2000) ‘The invisibility of skilled female migrants and gender relations in
studies of skilled migration in Europe’, International Journal of Population Geography 6(1):
45–59

Immigrant Women Workers in the Neoliberal Age is published by University of Illinois Press
Review originally published in Gender & Development 22.1 (2014)