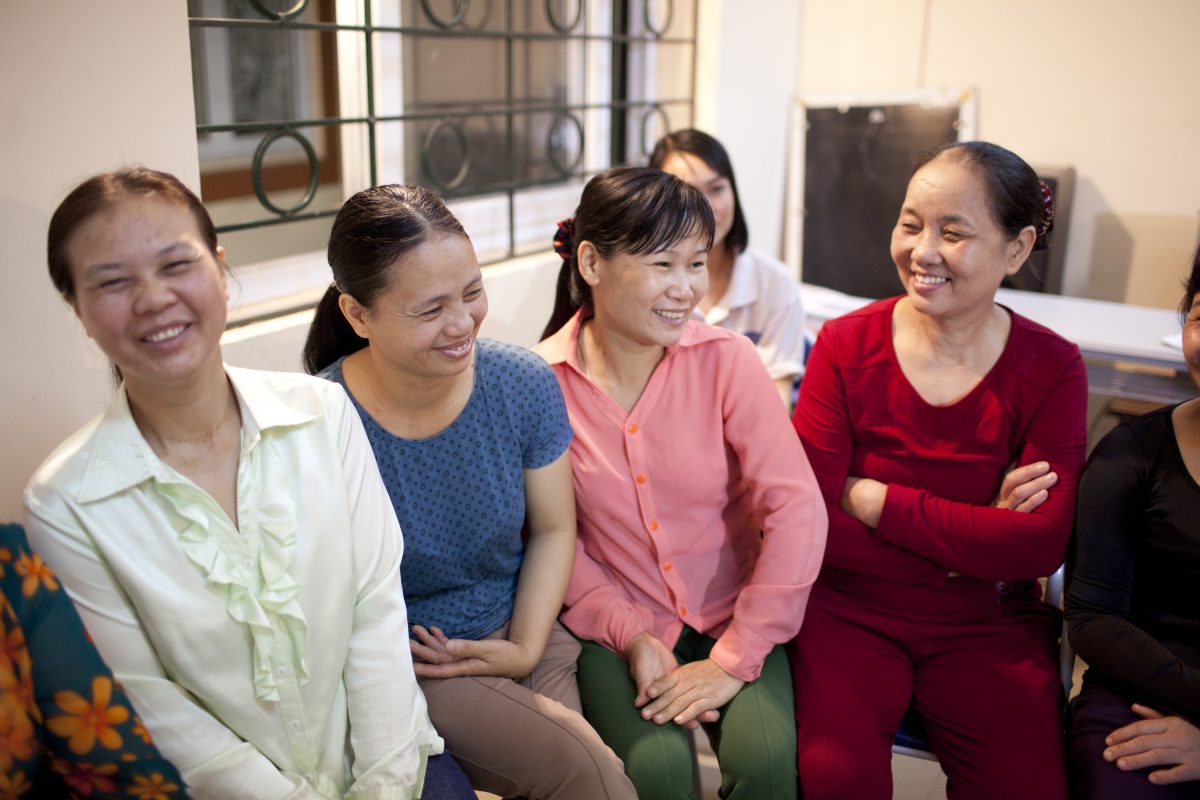 The fortitude and resourcefulness of the world’s migrant women workers are our focus in the new issue. Its co-editors are Ruth Pearson and Caroline Sweetman.

In 2018, there were an estimated 258 million international migrants, including 124.8 million women. But while the numbers are on the rise – the total was about 173 million in 2000, and 102 million in 1980 – the proportion of migrants in the global population is actually only slightly higher than in previous decades.

Surprised? You might be. The movement of peoples across borders is currently a huge political issue, and it’s popularly believed to be out of control, presenting a range of threats – from economic to cultural – to receiving communities. These concerns are not only to be found in many wealthy countries, but middle-income and low-income ones as well. Today’s rhetoric about migrants is often dehumanising, denigrating people in search of security or a living as a ‘flood’, or a ‘swarm’. It emphasises ‘their’ difference from ‘us’, often focusing on race or religion.

Often too, the terms ‘migrants’, ‘economic migrants’, ‘refugees’, and ‘asylum seekers’ are used interchangeably or conflated. Using distinct terms that sub-categorise migrants and their motives says a lot about the imperatives that drive countries to decide who to let in, and for how long.  In his article in the new issue, Kudakwashe P. Vanyoro focuses on the case of women sex workers in South Africa. He traces the ways in which different factions in politics and the media use terminology – migrant workers, sex work, trafficked women and children, and so on – in their pursuit of particular political ends.  Migrant women workers are the losers in these rhetorical battles around borders, gender, sex and work.

Migration is as old as humanity. And age-old stereotypes about gender roles live on in the attitudes of the world’s decision-makers. Women who migrate are sometimes still seen as wives, not workers. Policymakers may see migration as ‘man’s work’, and assume women will stay at home, dependent on men. Priya Chattier shows the negative impact of policies shaped by these ideas in her article here, focusing on how gendered norms shape migration in the Pacific region.

The statistics we quoted earlier attest that women migrate in roughly equal numbers to men, and the economic – and social – value of the work they do is immense. While some are doing poorly-paid jobs seen as women’s work – most notably, in care – others are highly qualified, selling their skills in a global marketplace.

Migrant women’s work subsidises ‘development’, yet they remain largely invisible to the world’s elites. Women on the building sites of Ahmedabad are building a modern city with babies to care for as they heave stone. Nivedita Jayaram and co-writers share this story. In their article, Tanja Bastia and Nicola Piper take aim at a number of misconceptions and myths about women migrant workers and the work they do. Feminists in research and advocacy are doing the hard long job of challenging policymakers to shift their focus wider to see migration from an intersectional feminist perspective.

In the best-case scenarios, women see their migration journeys as positive, even empowering. This can be true even when their legal rights are partial or non-existent, when they’re facing xenophobia or abuse, when they’re working in 3D (dirty, demeaning, and dangerous) jobs. Manju Shakya and Yunjeong Yang share research on young, mostly childless women workers in 3D work in South Korea who see migration as a largely positive experience. Yet for many, the experience is profoundly exploitative and abusive.

Some hope for change for women migrants is offered by Carolina Gottardo and Paola Cyment, of the women’s rights-focused Women in Migration Network (WIMN). They offer a first-cut feminist analysis of the UN Global Compact for Migration for Safe, Orderly and Regular Migration. The article assesses what the Global Compact – agreed in December 2019 – could mean for women migrating in a global economy, and the hope it offers to policymakers and activists who support them.