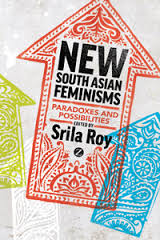 This book provides an assessment and analysis of the state of feminism in an era of neo-liberalism in south Asia through a series of case studies. If there is a common thread that weaves through the contributions to this book it is that because women’s struggles take place on so many different fronts, and on so many different levels, there is no one single ‘movement’ that can capture the full diversity of these struggles. Or, interpreted a different way, because of the numerous fronts where women are seeking or reclaiming their rights, the ‘movement’ is stretched very thin – supporting multiple campaigns on women’s issues, as well as the institutionalisation and professionalisation of feminism  (p. 157).

The lives and stories in the eight chapters of the book, each captivating in their own right, share some common observations and analysis. Firstly, limiting women’s struggles to discrete ‘project’ activities, or as concerns best addressed by non- government organisation (NGO) activity, has arguably been detrimental to the overall feminist struggle. It has meant that rather than seeking to make structural changes to the overall system, women’s groups have been effectively co-opted into negotiating their rights within the system, ‘requesting’ a space as ‘reformers’, as opposed to ‘revolting’, and actively challenging violence and subordination. Second, women’s struggles are never just about their specific rights, but are also for overall political, systemic, and structural changes – whether in times of peace or religious fundament- alism or war. In other words, the lines between personal and political struggles are often blurred – as women seek to redress ‘alienation’, and redefine their identities as well as their environment in positive ways (p. 181). Thirdly, the future of advocacy, both virtual and physical, depends on further investment in women’s social capital and agency.

Readers should not be put off by the heavy academic tone of the opening chapter – which actually portrays in a very succinct and accurate way the contradictions of choosing to make change ‘within the system’ or to kick the system out entirely. Srila Roy points out that in the process of establishing a multiplicity of NGO-type organisations to work on women’s issues, and the dependency on funding that comes with this kind of organisational space, the actual propensity for movements for change, for subverting the system, or for protests on the street to get women’s voices heard has been compromised, fragmented, or weakened. ‘Accepting donor funding for specific projects, or for the sustenance of their organisations or working on gender issues within the context of international development organisations, can lead to a range of difficulties’ (p. 47). Sadaf Ahmad suggests that this effectively limits ‘a principled feminist response’ (p. 47), local engagement in challenging the status quo, and can lead to simplistic broad-stroke analysis that casts men and women as monolithic identities; the agenda is essentially ‘co-opted’ by donor agency interests. None of this is anything new; it speaks to the long history of leaving societal power structures intact while doing whatever is possible to keep the masses as minimally comfortable and secure to keep the ‘mob from the gates’. In many ways, the case studies reflect the difficulty of making change through negotiation with institutions and the state.

Srimati Basu writes: ‘Women’s movements are neither homogenous nor pure products of modernization and development but rather are embedded in particular histories and geographies’ (p. 68). The Indian women’s movement, she suggests, is confronted with the gap between ‘practical’ and ‘strategic’ gender interests – although she also points out that Amartya Sen suggests that women’s participation in ‘day to day practical democratic processes’ could enhance ‘political and personal achieve- ment’ (p. 71).

The contributions also share an analysis that takes violence beyond the threshold of what happens in the home between men and women, to what happens systemically to vulnerable women in the hands of globalised capitalist production. The control over women, their bodies, the fruits of their labour, and anything else for that matter, is I would argue part of systemised and structural violence – it is no surprise that it continues to be the focus of several chapters in the book.

Reading between the lines, one senses a growing apprehension, urgency, and even desperation about the future, about creating and enabling alternatives, about fostering a strong inter-generational movement using alternative modes, strategies, and ways of mobilising (p. 105). There is recognition that a sea-change is needed, but there is still a vacuum when it comes to how the seeds of such change might be sown, or where the leadership might lie. Bringing men in as allies and partners in the movement is not entertained, and this may be one of the challenges that women’s movements will need to consider in the future.

Women’s rights work is under siege in the Global South, and these case studies are indicative of how this is taking place. The book makes a useful contribution to the debate on ‘reform’ versus ‘revolt’ and the space that women’s struggles occupy. The book has a heavy academic tone in some sections, which might appeal to the theorists for change, but the stories and narratives balance out the tone with a more grassroots feel. Books like this need to be made more accessible, not just to the generations of thinking girls and women curious to be a part of feminist change, but to generations of boys and men seeking to understand and support it.