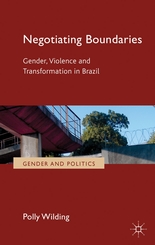 Polly Wilding’s primary purpose in this book is to illustrate that all forms of violence are gendered, but she challenges ‘the assumption that urban violence is an issue that almost exclusively concerns men’ (p. 5).

Much of the scholarship on urban violence focuses on male perpetrators and victims, reflecting the widely documented fact that the male homicide rate is indeed higher than women’s. Polly Wilding proposes that the problem stems from the focus on urban violence occurring in the public space of the street, especially violence involving the police and drug traffickers. When women experience violence from these ‘strangers’ in public, these events are seen as anomalies, and violence that occurs in homes is not understood as a reverberation of public violence in the private sphere.

Grassroots and international organisations such as Amnesty International document that in the aftermath of street violence, ‘women are required to pick up the pieces, care for the sick and injured, or provide for a family if the main breadwinner is killed’ (p. 10), but their experiences are disconnected from the public nature of the violence. This tendency is also seen in the social science literature and organisations such as UNIFEM focused on violence against women, which, Polly Wilding criticises, ‘have been slow to respond to suggestions that gang violence is an issue of violence against women’ (p. 10).

Negotiating Boundaries is comprised of an introduction, six chapters, and a conclusion. Focusing on the Mare´ neighbourhood of Rio de Janeiro, Polly Wilding suggests in Chapter One that Rio can be understood as a city divided along racial and class lines, with the rich and poor experiencing ‘citizenship, socio-economic services and the rule of law and order’ unequally (p. 23). A ‘militarized repressive logic’ (p. 26) governs the city and local gangs contribute to both the security and insecurity of poor neighbourhoods. This limits how both black men and women socialise throughout the city, intensifying the fear and anxiety that dominate their everyday movement as well as existential survival. Chapter Three provides a poignant analysis of the distinction between the private and public spheres, showing that public violence influences violence in the home, especially against women: ‘Public violence encroaches on the home’, Polly Wilding writes (p. 54). This point is crucial because the notion of gangs as community protectors does not include a critique of violence against women, leading to what Polly Wilding terms a ‘double morality’ (p. 51) that facilitates the acceptability of male violence in the private sphere. Furthermore, this violence against women in private reinforces publice violence, confusing ‘boundaries of acceptability’. For example, violent acts committed by drug traffickers and the police in public are generally denounced by local residents, but violence committed against women by these same men in private spaces does not incite the same level of indignation.

Chapters Five and Six of the book critically engage the question of how nongovernment organisations (NGOs) currently acting in the Maré neighbourhood actually apply a gendered approach to anti-violence activism in urban communities. Here, Polly Wilding emphasises that ever-present urban violence itself at times hinders anti-violence activism. Chapter Five exposes how these political actors, some religious, emphasise personal transformation and choice with the aim of producing ‘alternative moral networks’ (p. 109) nurtured within the church, away from the street. Polly Wilding finds this approach contradictory because the focus on the individual as moral subject ignores the practical aspects of people’s lives such as poverty that shape decisions to engage in illicit activities. However, it is even more troubling that these transformative projects often treat participants as ‘potential criminals’ rather than focusing on public policy or activities that would improve their quality of life.

Chapter Six examines how the inclusion of a gender perspective in these transformative projects also still manages to marginalise girls and women as agents of social change in urban communities. In these instances, boys and men are the targeted beneficiaries of anti-violence activism even as these organisations attempt to provide a critique of dominant models of male privilege and aggressive masculinity. Polly Wilding states that this approach does not take into account how ‘this aggressive model of masculinity’ is directly linked to ‘submissive feminities and abusive gender relations’ (p. 127). Boys are the exclusive focus of this approach. Girls are absent from the policies, projects, and theorising targeting young people and the direct and indirect impacts of violence on them is ignored. Girls and women are included in these projects only as an afterthought to address the knowledge gap in how boys perceive and experience violence, and only if their inclusion somehow benefits the boys in the projects. The inclusion of girls does not address their specific needs but rests on the idea that ‘girls are socialised to have a stronger moral compass’ and thus they may be able to influence male friends and relatives away from violence.

Polly Wilding’s book is very timely. The March 2013 rape and torture of an American tourist in Rio de Janeiro brought international attention to the prevalence of sexual violence in the city. The immediate response from the public was to dismantle the uncritical assumption that Brazil is inherently violent and that this violence targets foreign men and women. The media was forced to shift its attention to the fact that sexual violence happens every day in Rio de Janeiro, and has long been a reality for women in this city and other major cities around the world. Polly Wilding cautions against a narrow focus on rape and domestic violence as the only recognised forms of violence that impact women. Social scientists, policymakers, and NGOs need to apply a broader gender, class, and racial, as well as sexual, analysis to understand the root causes of all forms of violence and the political work against them.

The goal is to see beyond the paradigm, still adhered to in internationally funded NGOs, that black men perpetrate and suffer urban violence and that the focus should be on fixing black boys and men. Placing the everyday experiences of girls and women ‘on an equal footing’ (p. 15) with those of men when addressing the root causes of violence, Polly Wilding asserts, remains crucial to fully combatting that violence. AfroBrazilian scholars such as Sônia Beatriz dos Santos have argued that the state’s control of poor black women’s reproductive rights cannot be separated from ongoing efforts to eliminate urban violence.

Negotiating Boundaries is a very accessible text for academics and non-academics alike, especially benefiting NGO actors engaging in anti-violence work globally. Much of the theorisation of interconnected forms of oppression is still being developed in university classes, but this book provides us with a framework for understanding how inequalities operate simultaneously and how the political work must also do the same.

Negotiating Boundaries: Gender, Violence and Transformation in
Brazil  is published by Palgrave Macmillan