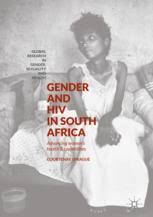 Drawing on an impressive range of research, as well as her own qualitative data, Courtenay Sprague employs the Capabilities Approach (CA) as a means of understanding and addressing the inequities that render Black South African women disproportionately vulnerable to HIV. Derived from Amartya Sen and Martha Nussbaum’s concepts of capabilities and freedom, Courtenay Sprague’s approach brings together sociological concepts of structure with philosophical insights into the meaning of fairness and justice. While she is adamant that a one-size-fits-all approach will not work for achieving health equity in South Africa, the CA offers Courtenay Sprague a framework through which to show that health equity can be achieved through joint mobilisation in the areas of law, policy, and community-level intervention and activism. A major objective seems to be to make a case for the state to do more to address the fact that Black women are disadvantaged, and to demonstrate that amending this is both morally imperative and possible within the parameters of South African law.

Black women’s unique vulnerability is carefully demonstrated through an extensive literature review, and South Africa’s fraught gender politics are clearly conveyed through excerpts from Courtenay Sprague’s own research. This material will be informative for those seeking omprehensive background on gender and HIV in South Africa, but those well versed in theories of gender inequality and with extensive prior knowledge about HIV in South Africa will find this material familiar. A more novel insight in my view is Courtenay Sprague’s use of her own data to identify gender norms as the root of the problem of Black women’s vulnerability, and the health-care system as a promising site of intervention given care providers’ privileged access to vulnerable HIV-positive Black women, and their apparently critical stance towards these gender norms.

This is a book with many strengths. The author has a longstanding background in the subject, and her analysis is clearly grounded in a sound understanding of South Africa’s particular political and legal context. Courtenay Sprague makes a compelling case for optimism based on South Africa’s history of successfully fighting for social justice, not only in the broad context of anti-Apartheid activism, but also in more recent successes such as universal access to antiretrovirals. She should also be commended for offering concrete evidence that interventions aimed at transforming harmful gender norms can have some effect. (There is, however, little discussion of the antagonisms that these can generate at the community level.) The discussion of methodology is also unusually clear and persuasive. As a medical anthropologist, I have rarely read an explanation of qualitative research that is so accessible to non-experts. And most impressively, Courtenay Sprague successfully traces the full arc from an in-depth, descriptive overview of the problem from theory through to practice, and concludes by identifying areas where further research, monitoring, and policy interventions are needed in order to address the problems that are clearly identified throughout the book.

Courtenay Sprague succeeds in showing how the CA can be a tool in the pursuit of social justice. However, I believe that she may be overly optimistic about the degree to which hierarchical gender norms can be addressed through intervention work and policy change. At one level, policy and the state exist in legislation and in the form of Constitutional rights, both of which are exceptionally robust in South Africa with respect to women’s entitlement to health equity. But at another level they exist as practice, in and through the activities of actors who may have little incentive, ability, or even inclination to act upon them. Without discounting the importance of the transformative interventions for which Courtenay Sprague advocates, I feel that while her proposed areas of intervention are partially feasible, in some respects they exhibit an insufficient grasp of what gender difference and hierarchy mean for identity and interpersonal relationships, especially in rural areas. As a practical example of how limiting these can be for transformative work, a grassroots non-government organisation (NGO) in the community in the rural Eastern Cape where I myself work has abandoned gendered and sexual violence altogether as an area of intervention because of how dramatically efforts to address it undermined the organisation’s credibility and support base in the community. Also conspicuously absent is a discussion of how gendered hierarchy intersects with generational power – including generational power among women – in Black communities in South Africa, and how this relates to Black women’s vulnerability to HIV. Relatedly, Courtenay
Sprague offers little discussion of the role of Customary Law in contemporary South African society; in my own work I have often seen Customary Law (and more broadly, notions of popular justice that are deeply patriarchal and reflect the views of older generations) trump Constitutional Law in practice, despite a legal context in which this should not be possible. While I share Courtenay Sprague’s commitment to justice and health equity for Black South African women, I remain uncertain as to whether her approach is able to overcome these challenges.

Gender and HIV in South Africa is an ambitious and important book, written meticulously and with great empathy. At times its impressively broad scope is at the expense of nuance and specificity, but this will primarily deter readers with extensive prior knowledge of the issues that the book aims to address. As such, it presents an excellent overview for those who seek to understand Black women’s vulnerability to HIV, offering the kind of information and context (historical, political, and legal) that is particularly useful for actors such as NGOs and policymakers working at the intersection of health and gender justice.

1. A health equity approach is concerned not only with examining unequal health outcomes between different populations, but with exploring and challenging the root causes of this inequality.