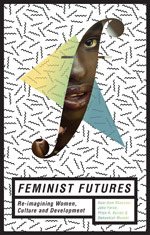 This is a second and significantly revised version of the edited volume published in 2003. Some contributors have revisited their original chapters, while others are new additions. The editors offer many justifications for making a second shot, ranging from the emergence of resistance movements, particularly since the 2007/08 financial crisis and its consequences, to ‘the complex sociopolitical, economic and environmental issues surrounding climate change’ (p. xx), to ‘expropriation of indigenous people’s lands and resources’ (ibid.), gender-based violence, religious fundamentalisms, state-sponsored surveillance, the devastating human costs of wars and chronic deprivation, and more besides.

One premise underpinning the women, culture, and development (WCD) paradigm is that even approaches that aim to focus on women are deeply flawed because of their failure to take culture properly into account, often falling into the reductive trap of treating it as monolithic and static and the need to ‘rescue’ women from its oppressive ‘pre-modern’ dimensions. A second is that ‘most women’s lives are a glorious tangle of production and reproduction’, lived experiences that WCD seeks to illuminate from the perspective of women’s agency. A third follows on from this, in making explicit the need to address ‘the imbalances in our accounting of economic and cultural conditions that frame Third World women’s existence’, which entails ‘the interweaving of culture and economics’ (p. 17) rather than treating them as separate spheres, or focusing on one to the exclusion of the other.

The book is divided into three parts: sexuality and the gendered body (five chapters); environment, technology, science (five chapters); and the cultural politics of representation (four chapters). These are interspersed with four sets of ‘visions’ (14 in total), which together aim to address ‘critical development studies, Third World feminist studies and Third World cultural studies’ (p. 19), and the volume is framed by the editors’ introduction and postscript.

Clearly, it is impossible in a brief review to offer more than a glimpse into such a large and wideranging volume, with contributors ranging from senior and fledgling academics to novelists and filmmakers, from a medical archivist to a politician and former guerrilla combatant – and that any chosen glimpse is necessarily somewhat arbitrary and subjective. With that caveat in mind, I highlight one essay from each major section.

The first is ‘Abortion and African Culture: A Case Study of Kenya’ by Jane Wambui Njagi. The opening statistics are chilling: 40 per cent of all maternal deaths in Kenya, and 60 per cent of all gynaecological admissions in public hospitals, are caused by complications arising from unsafe abortion; and in 2012, 70 per cent of women who sought abortion-related health care had used no form of contraception before becoming pregnant – not least because doing so is equated with (women’s) immoral behaviour (pp. 109–10). Despite the publication of guidelines for health professionals, remaining doubts about the legal grounds for performing an abortion inevitably result in women resorting to unsafe means to end an unwanted pregnancy. The author’s main focus, however, is on anti-abortion actors, mainly religious groups that successfully lobbied for the guidelines to be withdrawn altogether. Four main discourses are used: that abortion is murder; that it damages women’s health; that it is immoral; and that it is un-African. The first of these is familiar and the second is circular: if women had timely access to a safe procedure their health would be less endangered. The remaining two are encapsulated in the words of the head of the National Council of Churches of Kenya: ‘the root of evil, even killing (whether born or unborn people), is selfish desire and a craving for pleasure’ (p. 117) – in other words, abortion encourages and embodies immorality because it allows women to avoid paying the price of their ‘evil desires and actions’; or, as one anti-abortion campaigner, invoking ‘African morality’ put it: ‘You encourage morality not by encouraging abortions, but by banning them’. The author puts her finger on the irony of an anti-abortion crusade legitimising itself simultaneously in African traditions and Christian doctrines imported to the African continent. An added twist is the view that abortion is part of a Western feminist ‘anti-child’ conspiracy aimed at population control in the guise of addressing poverty (p. 119). Paranoia aside, this is to ignore ‘the interaction of the colonial administration’s ideas about gender relations with those of conservative African male elites and those of Christian missions’, which cast women as symbols of cultural integrity and whose sexuality is and should remain under male control, while at the same time men embrace cultural changes from which they benefit. As one of the author’s interviewees critically observes: ‘We want to be modern and to drive German cars and own laptops but we don’t want to give women rights in marriage or in reproductive health. I don’t understand that at all … ’ (p. 121). Men have opposed contraception and abortion arguing that this might enable their wives to be unfaithful – while at the same time they report having sex with other women. Isn’t it more likely, then, that they fear that without the risk of an unwanted birth, their wives might behave in the same way – gendered moralities and gendered cultural traditions?

The second is ‘Dreams and Process in Development Theory and Practice’ by Light Carruyo, which is ‘a vision for the future of development in Latin America’ that starts ‘with what people think about, care about, dream about first, and work[s] from there’ (p. 306). It recounts the tale of a ‘development project’ in the poor and tiny hamlet of La Ciénaga de Manabao in the Dominican Republic. The money from the cash crop and local tourism accrues to men, but there have also been numerous ‘community’ projects to support reforestation, soil conservation, organic production, and so on. One such initiative concerned a coffee project for women. Women commonly claim that nothing ever reaches them but on further probing admitted that this project did happen but that it was unimportant – although their words could also be interpreted as not fitting ‘into local women’s routine, or their vision of what could be worthwhile, enjoyable, profitable’ (p. 308).

Development agencies tend to assume that people will fall over themselves to participate in any activity intended to benefit them, and that their failure to do so is due to laziness, ingratitude, or ignorance – maybe a combination of all three. The author witnessed one such case, but draws quite different lessons. The greenhouse project was funded by a Spanish non-government organisation (NGO) and later managed by a national counterpart NGO, and was intended to protect crops from inclement weather. In public consultations, people said they were in favour, but privately said that if the NGOs wanted it let them build it. The women’s organisation asked an agronomist, who saw no need for a greenhouse. Local participation in building it was feeble, although the NGO reiterated that it was for the community’s own benefit. In an apt metaphor, Light Carruyo observes:

The merits of a greenhouse aside, how and by what process is it of the community? It was neither born nor bred in La Ciénaga; it was handed over full-grown and the community was asked to sacrifice itself to bathe, clothe and love it as its own. (p. 309)

People do understand the ecological importance of using organic fertilisers and pesticides, but fear losing the financial security offered by continuing to use chemicals in over-used land. Paradoxically, it is those at the bottom of the global market who have the most to lose if they slip off the first rung of the ladder – and so must co-create visions of a desired future and steps towards it rather than accept whatever is offered, however well-intended the gift might be.

The third is Julie Shayne’s essay ‘On Activist Scholarship and Women, Culture and Development’ and picks up the theme, this time of actively involving students ‘by reflecting on how teaching and learning from a WCD paradigm is illustrative of activist scholarship’ (p. 415). Julie Shayne started out as an activist in the Salvadoran solidarity movement, lobbying the US government to stop funding and training death squads, to recognise Salvadorans fleeing the war as refugees, and supporting the left-wing Salvadoran movements seeking justice and democracy – ‘a hard and life-changing battle’ creating ‘a commitment to social justice that has since saturated my worldview’ (ibid.). She remains uncomfortable with the idea that ‘calling the work scholars do “activism”’ (p. 416), despite accepting that culture ‘is something that people make and do, and thus as fluid and malleable’, and that it is vital not to overlook ‘the agency of marginalized people’ (ibid.). Julie Shayne describes some of her students’ responses to WCD, such as considering a ‘counter-rescue narrative’, and getting beyond feelings of pity or charity to solidarity, which is humbling and places activists – in this case ‘Third World activists’ – at the centre of agency.

In sum, this is a valuable and often challenging volume, a winding river that yields nuggets of gold.